The whole reason I went ahead and had the shop pull the engine out of the car to get rebuilt was due to the low compression numbers. I was incredibly interested to know what the true reason behind 60 psi on all faces was. Lucky for me I had the opportunity to see my engine opened up at the engine builder's shop for an initial inspection. 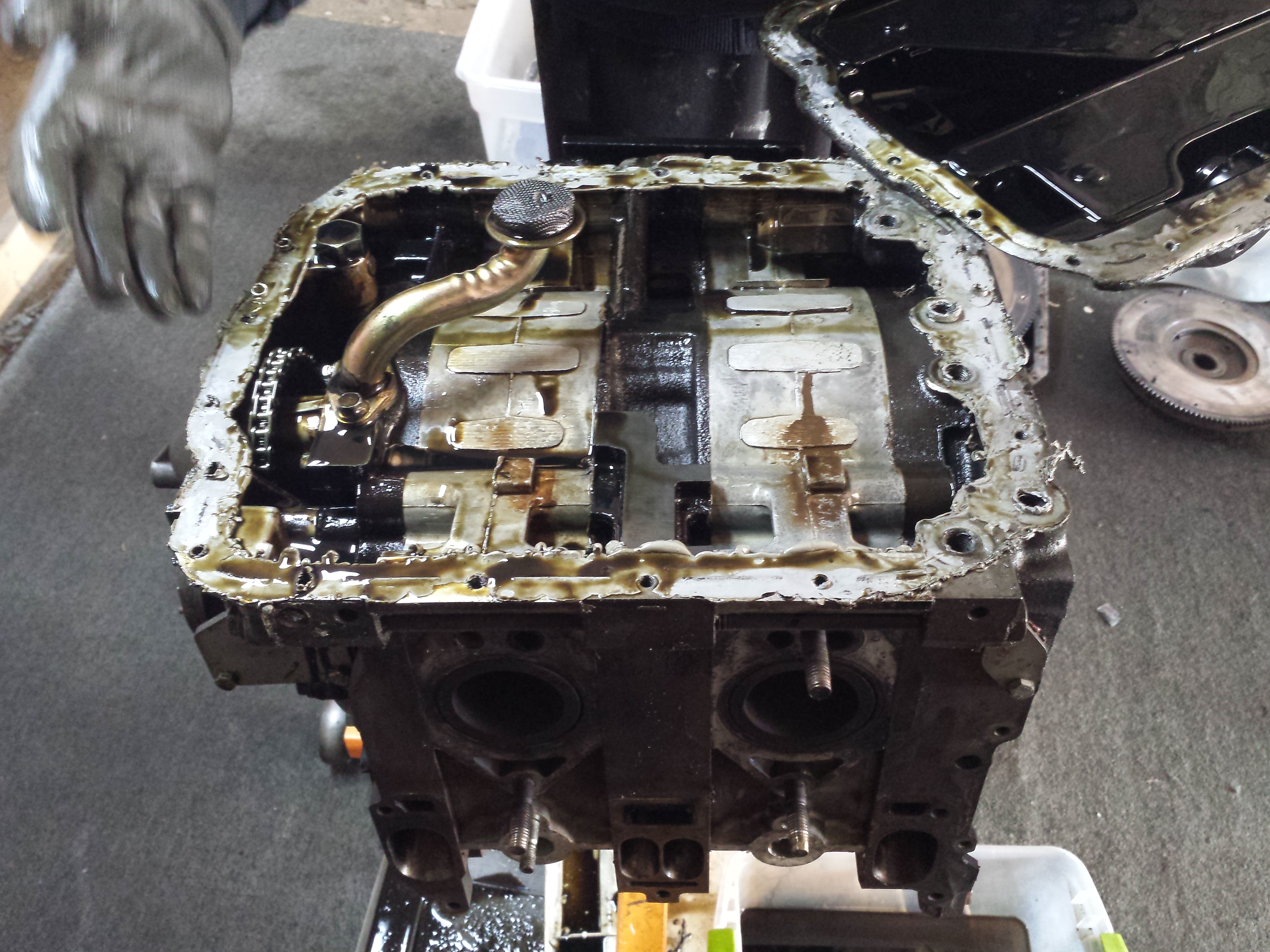 I could see that the gasket under the oil pan was on the ragged edge of being effective. There was a lot of oil seeping near the edge of the gasket, and a lot of clumps of extra material sitting inside the engine itself ready to get caught in the pickup tube screen.

Luckily there didn't seem to be any oil burned on to the bottom of the block. This was nice because it meant that there had likely never been a bad overheating incident, so I wouldn't have to worry about warped housings incurring an extra expense. 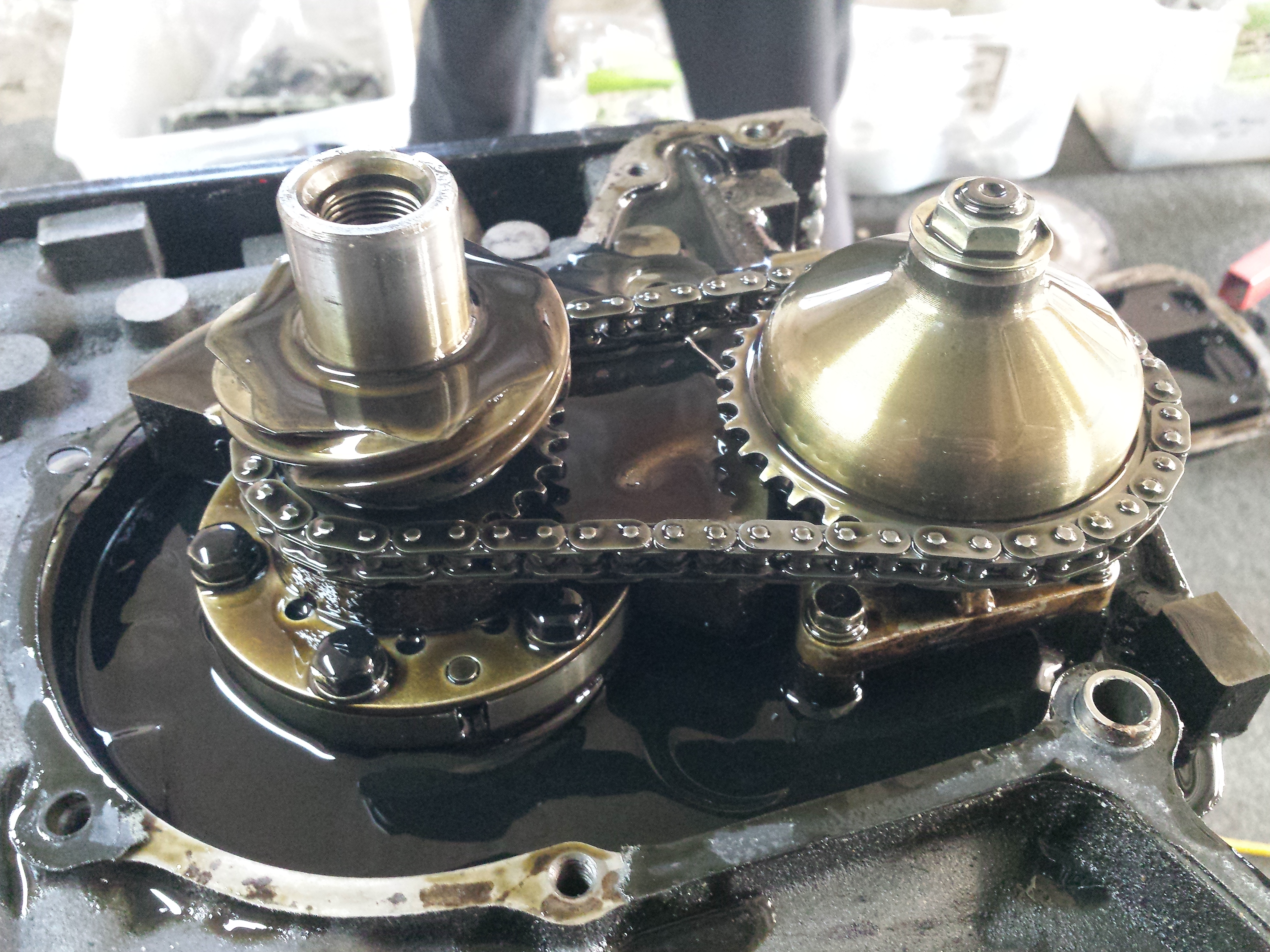 The oil pump also looked in great shape. It was entirely possible that the oil pump was replaced in a previous rebuild, which was fine with me. Receipts indicated that the last rebuild the engine had wasn't the only rebuild it had ever had, so a lot of what could be inside was a mystery. 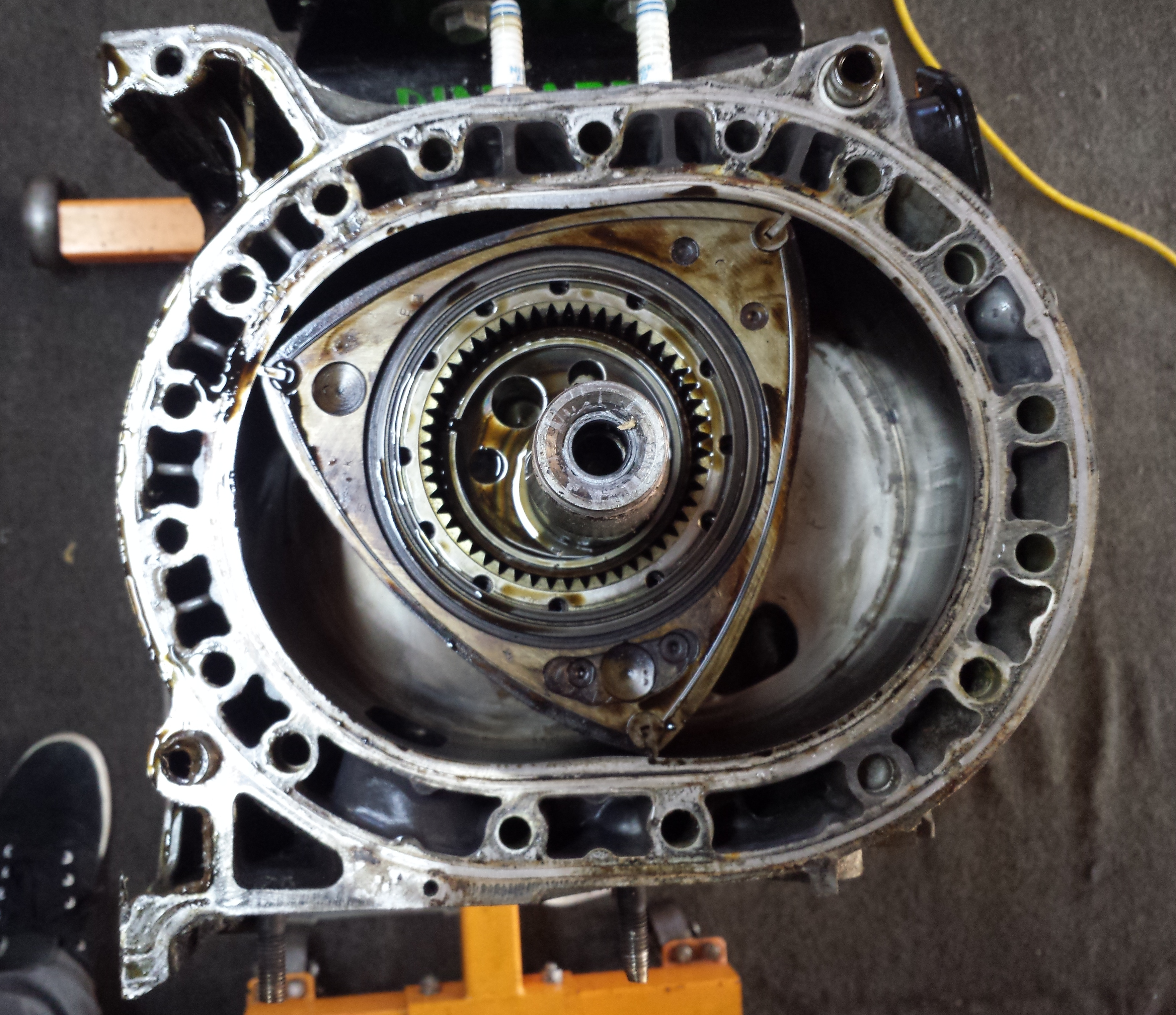 Now that was what I wanted to see! The rotating dorito! The wobbly triangles that were supposed to make the car move! It was really cool to see the engine disassembled piece by piece in person, and it gave me a better understanding of how exactly everything works.

On a brief initial inspection it looked like the side seals didn't have effective springs behind them, which would explain why I had low compression on all faces. 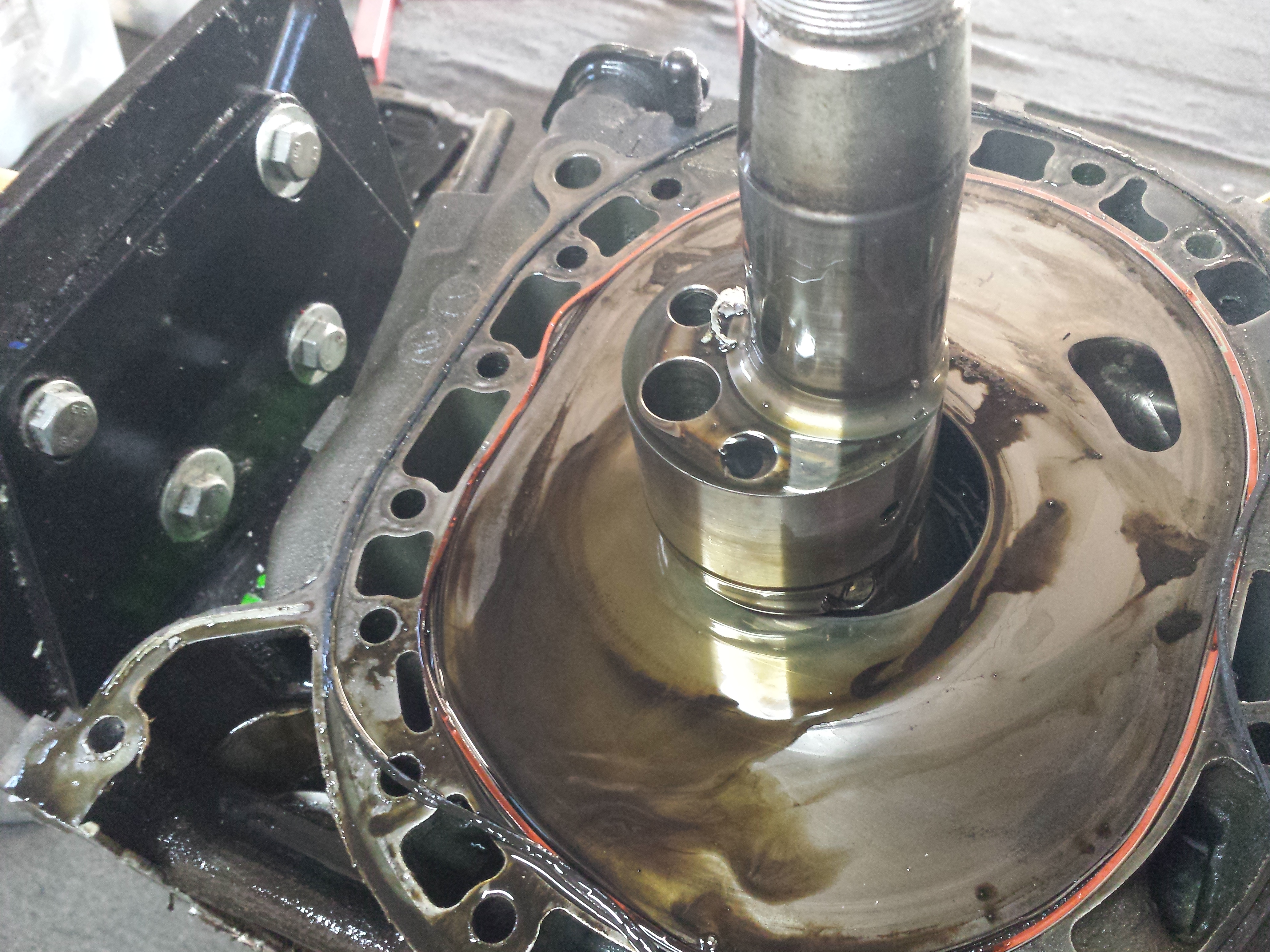 None of the surfaces had any visible scratches or gouges in them, which was good news as far as being able to reuse original parts. 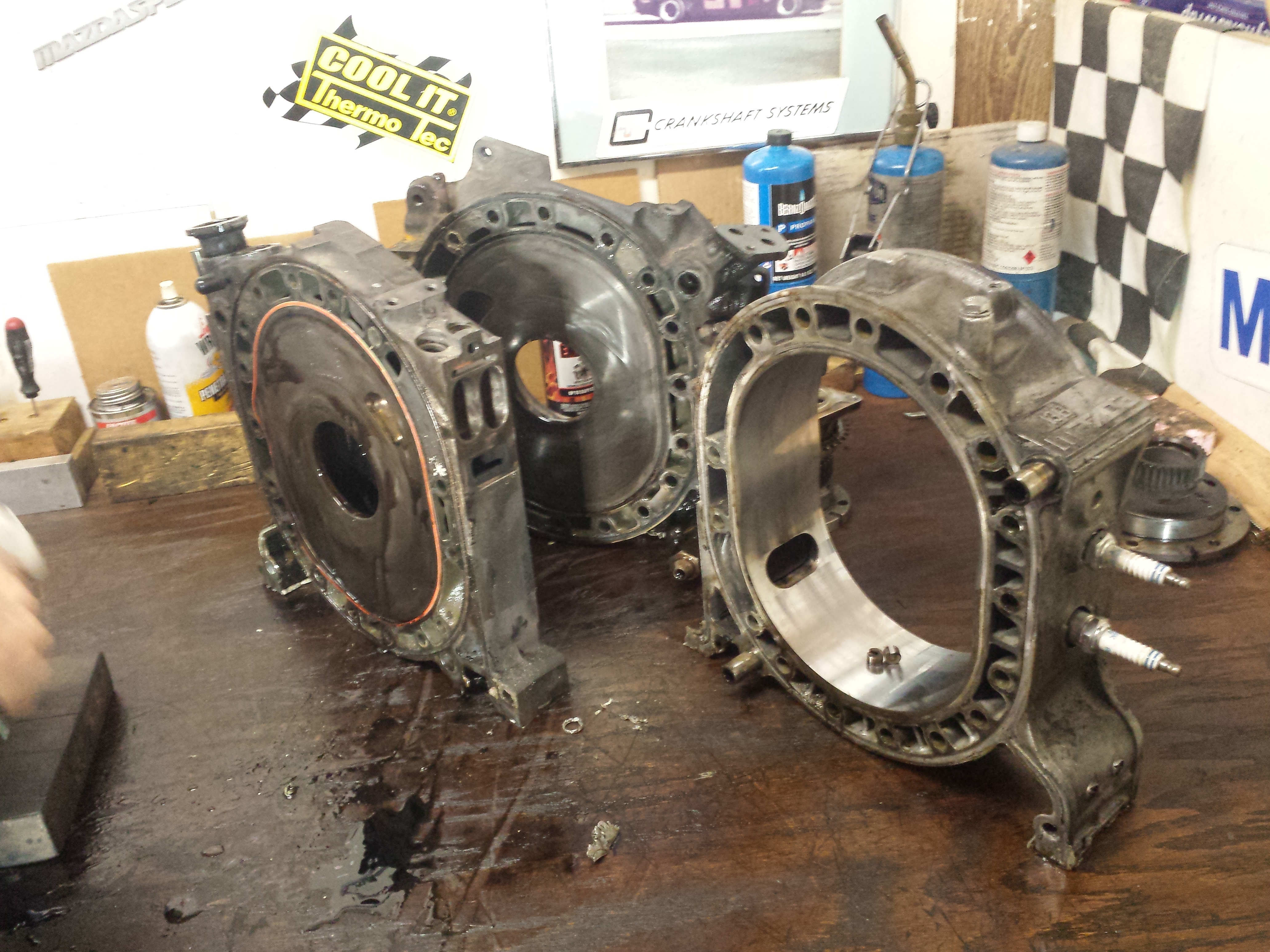 The eccentric shaft (below) was also in great shape, perfectly straight.
It was a great experience to see this initial inspection of everything, I kind of wish I could get my hands on a totally destroyed engine just to take it apart and put it together again. 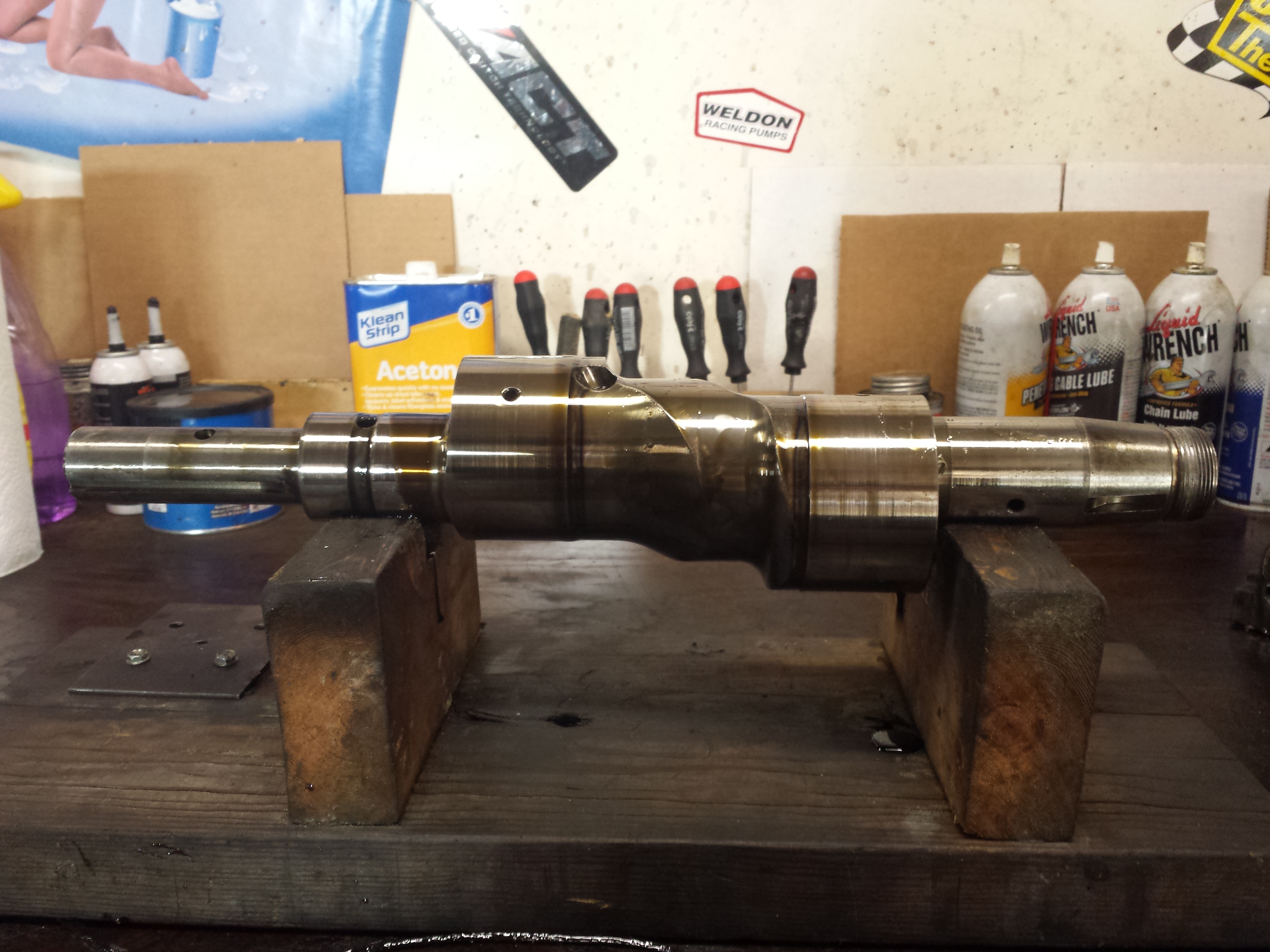 After I went home and let a few days pass I got a little more information back:

The apex seal clearance and side seal springs were both issues that would have existed before I bought the car, and probably before the previous owner had the car. Only because the previous owner didn't end up driving the car very much did he not have to go through this rebuild.

I look forward to getting my engine back completely rebuilt and ready to go.